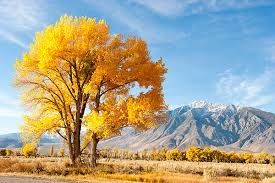 Sierra Wave Media report…….Bishop’s City Council members are standing firm on the marijuana retail operation ban on the record since 2016. Well, at least two of the five are firm, the other three are waffling.

While California approved Prop. 64 in 2016, the Bishop Council kept pot businesses at bay. Councilmember Jim Ellis requested another discussion on marijuana businesses at Monday’s Council meeting. Currently, no pot-related businesses are allowed within the 1.91 square mile city limits, but are in the rest of the County.

The item was discussion only, but the potential of a 3-2 split, if the issue comes back for a vote was clearly in favor of cannabis businesses.

Inyo County went through a series of laborious workshops eventually allowing pot businesses within specific areas and with specific restrictions. So, how did that work out? According to City Administrator Ron Phillips, Inyo’s revenues went from just under $100,000 in fiscal year 2017-18 to $320,000 in 2019-20. Inyo set the tax at five-percent with the option of bumping the tax to 12-percent. The tax rate has stayed at five-percent.

A survey of Mammoth Lakes, Inyo’s Sheriff’s Department and District Attorney Tom Hardy indicated there have been no enforcement costs in Mammoth or Inyo and no cases brought to the DA. The East Side has not been struck with reefer madness.