Having recently sold my Project Integra on Bring-a-Trailer (more on that later), I started casually looking around for its pointless replacement. I started with Craigslist, of course, and it again proved itself to be a complete win/fail. Right on the first page on my local listings was the pictured homemade jewel.

Based on a 1977 Pontiac Grand Prix, this personal luxury coupe was turned into this track-worthy exotic. The front-mounted (or maybe it’s front-mid, who knows) Pontiac 400 cubic-inch V8 was bored .030 over, presumably for the purposes of increased power. The radiator, for reasons I can’t yet understand, was moved to the rear of the vehicle. It is being fed a with “functional” roof air scoop. And then there is the body… 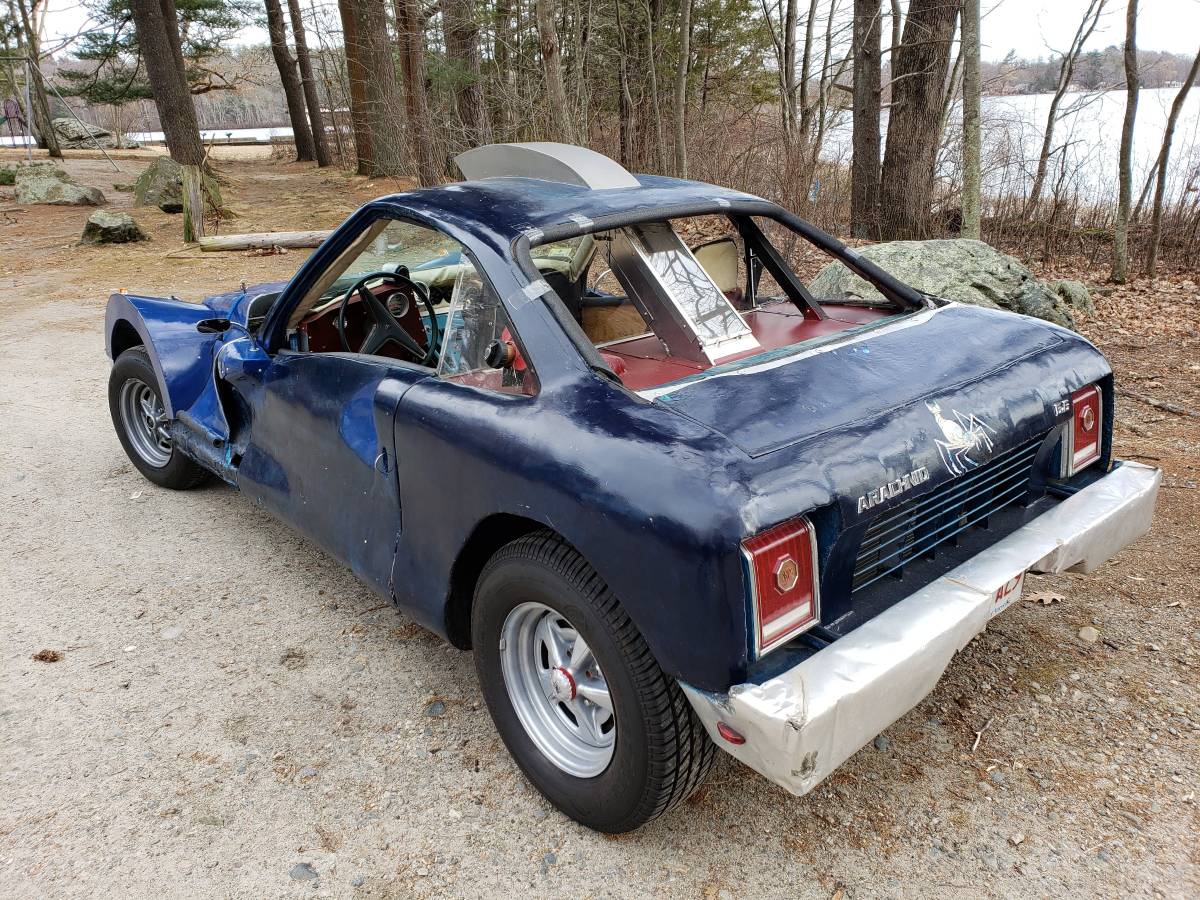 A bit Rat Rod, a bit Mad Max. Turns heads everywhere. This quirky ride is a one-off, hand-built custom. Street legal. MA titled as a 2012 “Custom”. Started life as a 1977 Pontiac Grand Prix, and transformed over the years into a shortened, lightened, 2-door, 2-seater sports car.
Pontiac 400 c.i. V8 bored .030 over. Auto trans. Functional roof scoop (radiator in the back). Too many other details to list here.
Named: “The Arachnid”
Reliable and well-maintained, no rust anywhere, always garage stored. I’ve had my fun with it. Time to move on to other projects and clear up the garage space.

Asking $6,000 or best reasonable offer.
Email with any questions, leave your phone number. 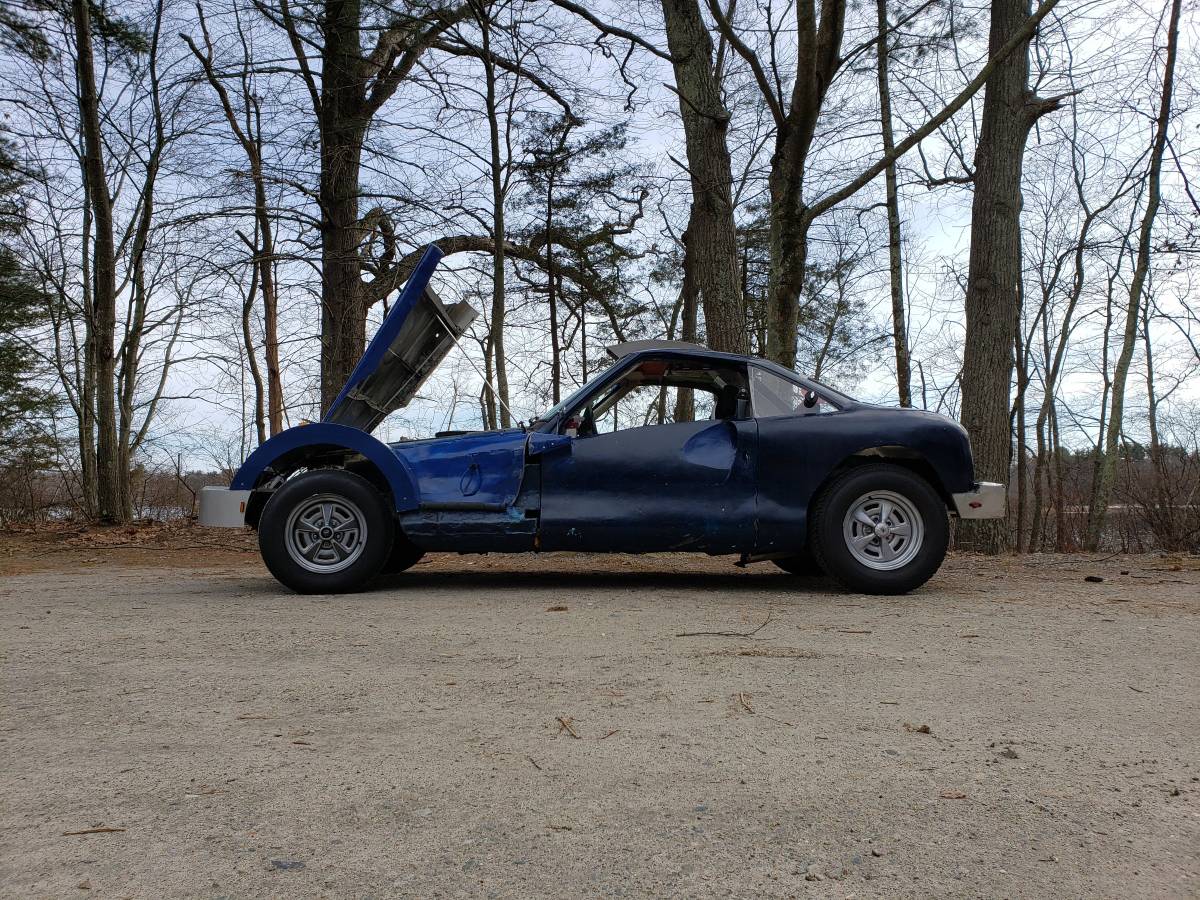 Look at this vehicle from the side and tell me that you don’t see a bit of Aston Martin Victor in that design. And if you don’t, you need to have a few responsibly consumed alcoholic beverages and look at it again. It’s stunning. But that Aston will cost you nearly $3,000,000 whereas this, The Arachnid will only run you $6000 or the best reasonable offer. Seriously, only a complete idiot would choose the Aston.

The front fenders seem to be inspired by, or may actually be 50-gallon drums. The front-hinged, like on the Ferrari 275 GTB, bungee cord secured hood lifts up to reveal the mighty big block. In front are steel bumpers worthy of a locomotive. Neatly integrated between them is a grill that in some way resembles a rectal bulb syringe (Google it and tell me I’m wrong).

The rest of the body seems to be made of metal that was beat into submission. The doors have a Ferrari-esque air intake port that sure sends air to nowhere. Metal pins safely secure the doors. The short rear-end pays homage to the original Pontiac, retaining its taillights and bumper. The whole car seems to be painted in whatever paint was leftover in the shed. 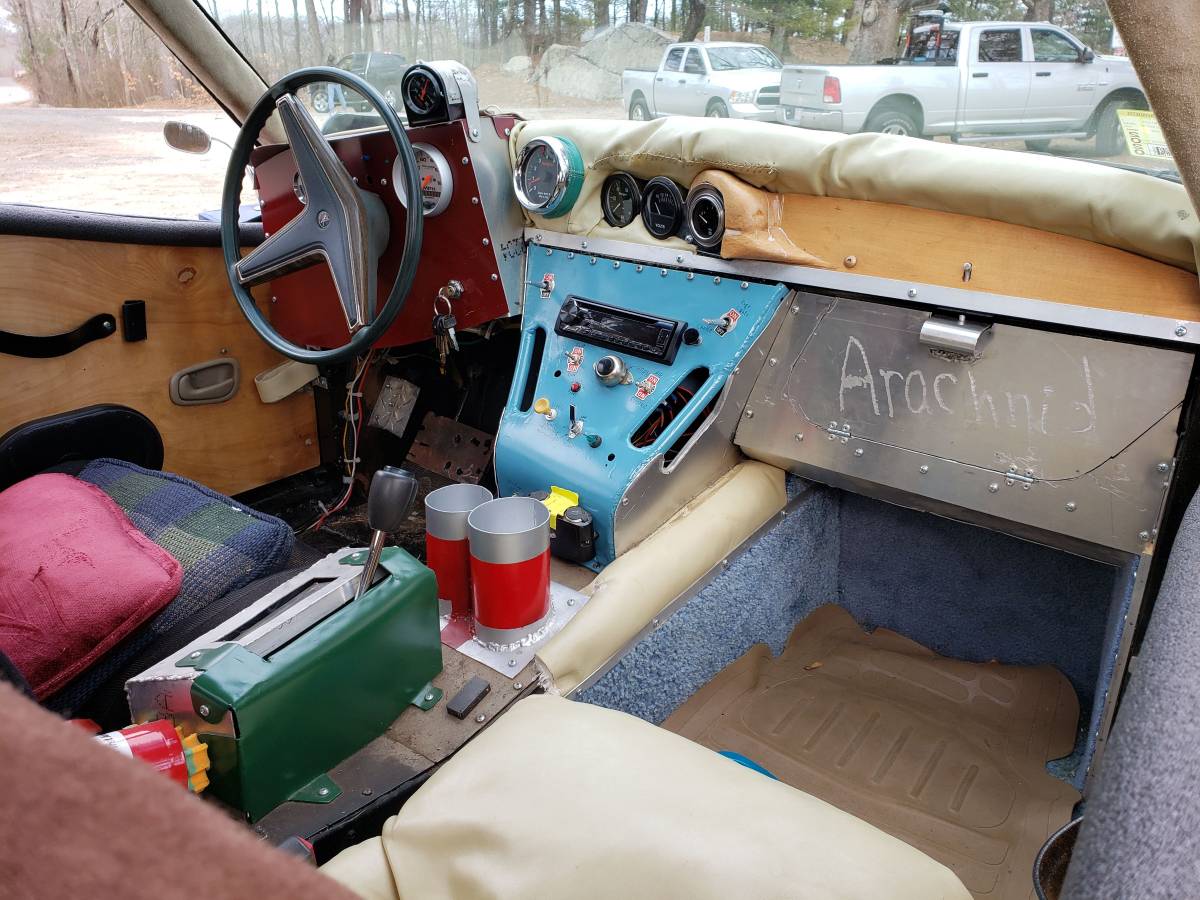 The driver-focused layout seems to be very well designed. Yes, the sheet metal gauge cluster seems a little crooked but it is functional. The center stack is made of random switches mounted on an angle but there’s a sweet aftermarket head unit. Look closely, and you’ll see grab bars superbly integrated into the console. The top of the dash appears to be wrapped in hand-stitched fabric of some kind, possibly an old L.L.Bean coat. The sides of the doors are trimmed in real plywood – even Rolls-Royce doesn’t do that. The door-pulls wouldn’t look out of place in a Porsche Carrera GT2.

Eff me, look at that glove box. Look. At. it!! The laser-cut lid has the name of the car is inscribed into it!

Two, truly functional cup-holders are attached to what looks like fabricated/welded sheet metal. Those will undoubtedly hold a Bud Light can really well, preventing the driver to spew the familiar “hold my beer and watch this” before performing death-defying backyard maneuvers. To keep the two occupants in place during those maneuvers are what appear to be legit Recaro seats, further enhanced by old couch throw pillows. Classy AF, my friends. 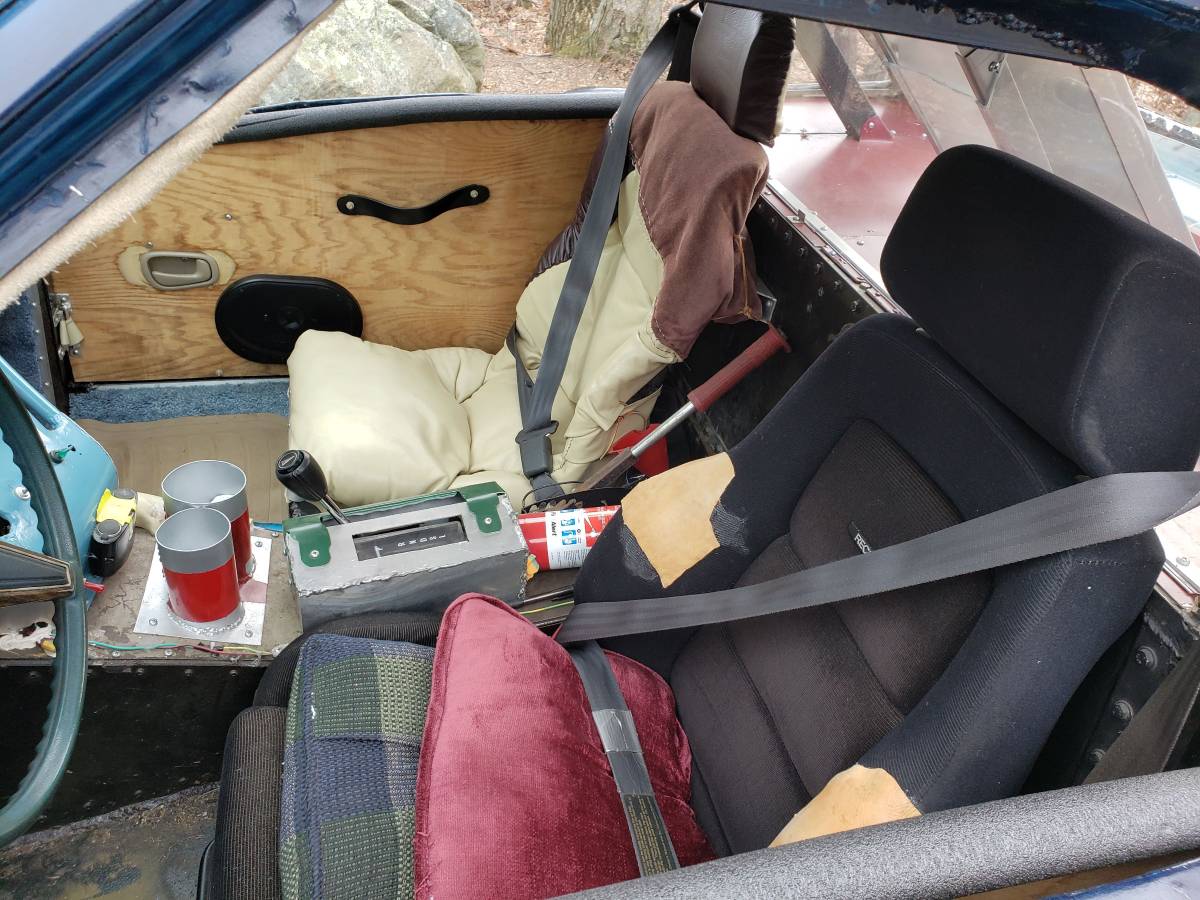 Not much left to say about this vehicle that can’t be told from pictures. It’s simply awesome, in all meanings of that word. The seller seems honest about this vehicle’s reliability and says there are too many details to list in the ad, which we find to be very likely. There is no doubt in anyone’s mind to the seller’s claim that the vehicle is a head-turner. 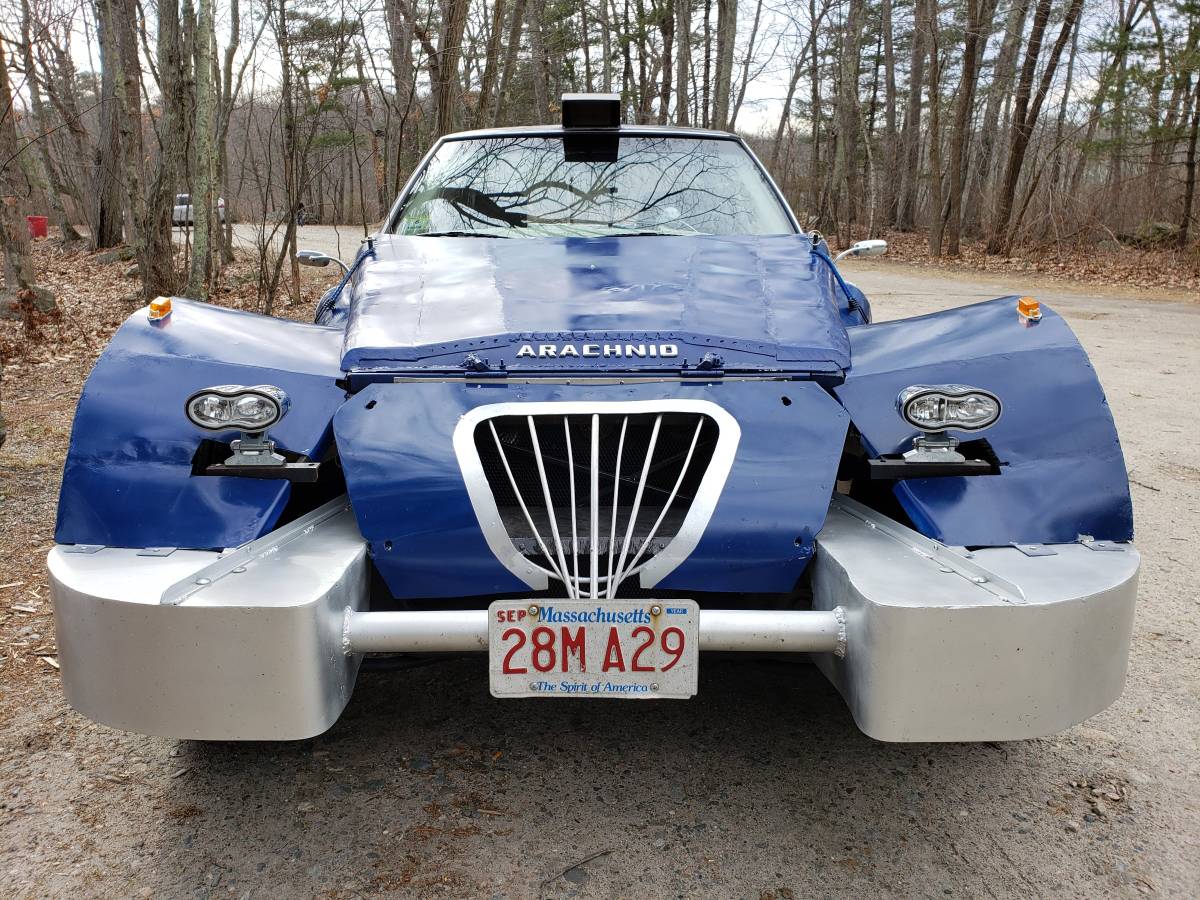 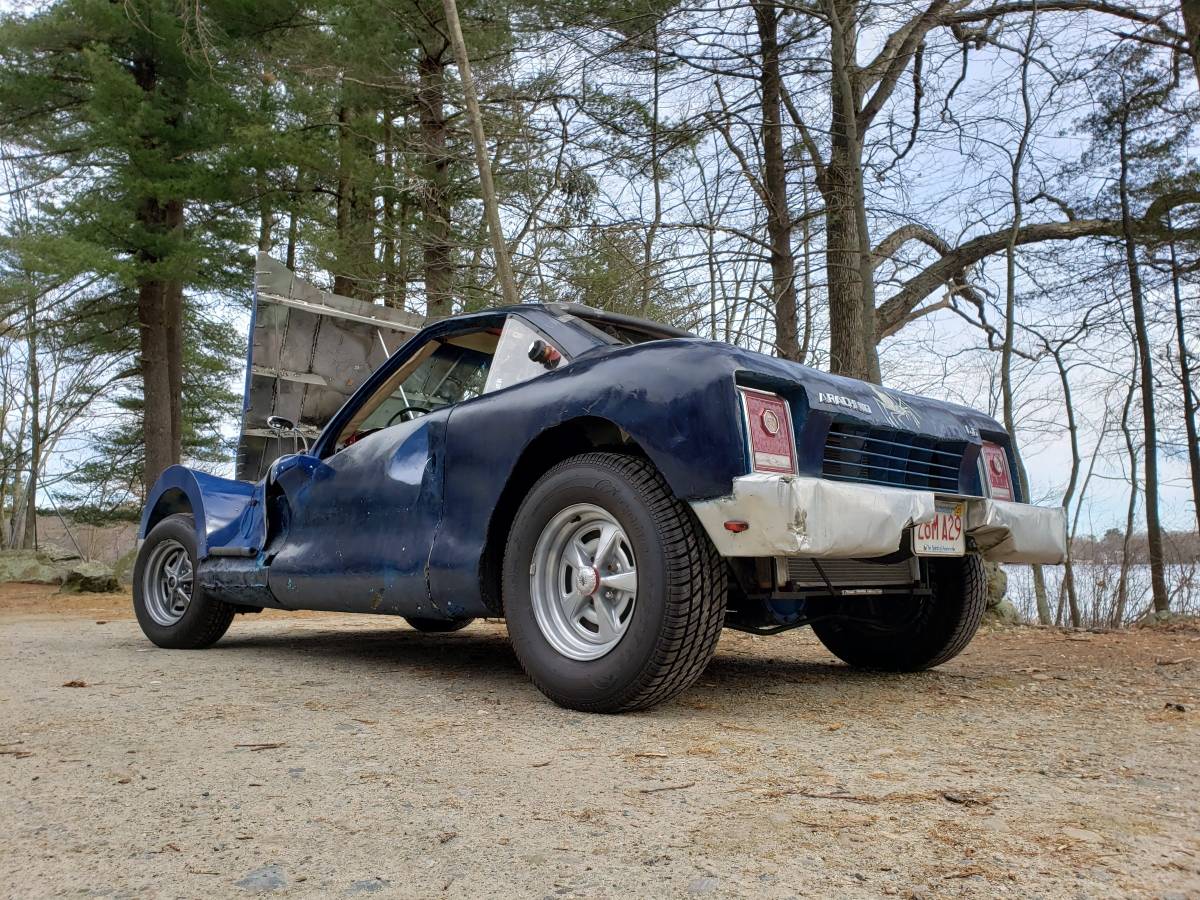