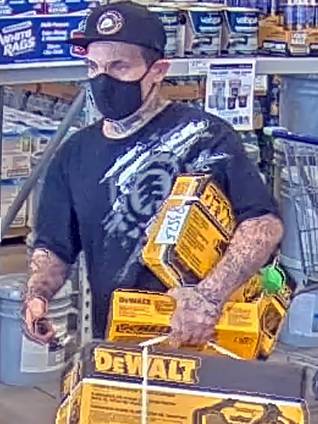 Metro Police are looking for a man who robbed a west valley hardware retailer at knifepoint late final month.

Surveillance pictures shared by Metro show the man walking away with energy tools.

The man entered the business enterprise, picked up the tools, and began to leave without having paying, police mentioned. When a particular person attempted to method him, the suspect flashed a knife and threatened to use it.

Police described the suspect as a white man who stands about five feet, six inches, and weighs about 150 pounds. He has tattoos on his arms and neck, and wore a black baseball cap, black T-shirt, and dark-colored shorts.

Any one with information and facts was asked to contact Metro’s robbery section at 702-828-3591. To stay anonymous, make contact with Crime Stoppers at 702-385-5555 or crimestoppersofnv.com.