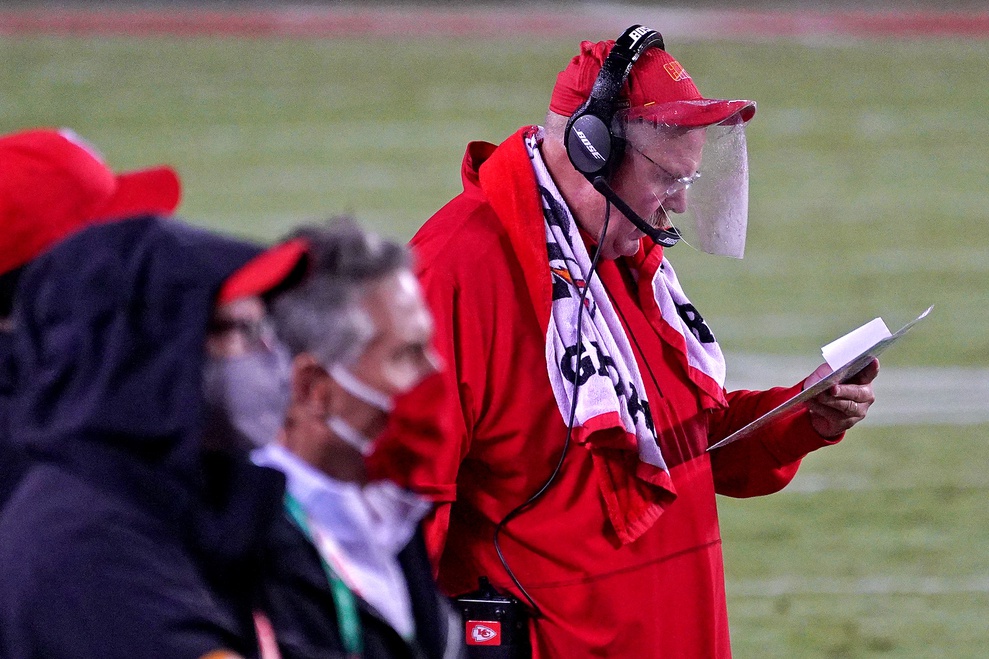 Kansas City Chiefs head coach Andy Reid was happy with the overall product his team put out in a 34-20 season-opening win against the Houston Texans at Arrowhead Stadium on Thursday night.

Edwards-Helaire’s night set a trend for the Chiefs and carried over to other portions of the offense. Reid said in his postgame press conference he expected the former LSU running back to play a role, but did not have a set number of opportunities planned. The usage opened other chances for the Chiefs’ offense.

“We wanted to give him the ball, but we didn’t come in saying he’s going to get ‘X’ numbers of carries,” Reid said. “We like the mix that we were able to get going with — we threw the ball well and caught it well, but also ran it well. You give the offensive line credit for that against what I consider one of the best defensive fronts in the league.”

The Texans took a 7-0 lead midway through the first quarter on a 19-yard touchdown run by running back David Johnson. They did not find the endzone again until the fourth quarter.

In the fourth, the defense allowed two touchdowns, including a 19-yard pass from Deshaun Watson to tight end Jordan Akins.

The score exposed weakness in the Chiefs’ defense, mainly coming on the blocking and tackling side. The skill was something Reid said his team needed to improve on heading into the game and going forward but said he isn’t too worried about the issue recurring overtime.

“Listen, the guys worked extremely hard during training camp,” Reid said. “It’s a good bunch of guys. They want to be good. They know we can be better than what we are and they’re willing to work at it. We got good leadership in there. This wasn’t perfect by any means. We got to finish the game better, but we got to score when we’re down inside the one and five [yard line]. We can’t have the long drives, we gave up the big throw. We can’t do that. We can all do better, blocking… ”

Other than that, Reid had a positive outlook on Week 1, especially from the 15,000 plus fans on hand.

“I’m proud of our players, but I’m also proud of our fans that came out there,” Reid said. “They were extremely loud, 17,0 strong or whatever that number ended up being… I just keep encouraging them to keep on man, because we want to keep you in the stands and if we want to do that you got to keep doing the right things. Let’s keep rolling with that.”