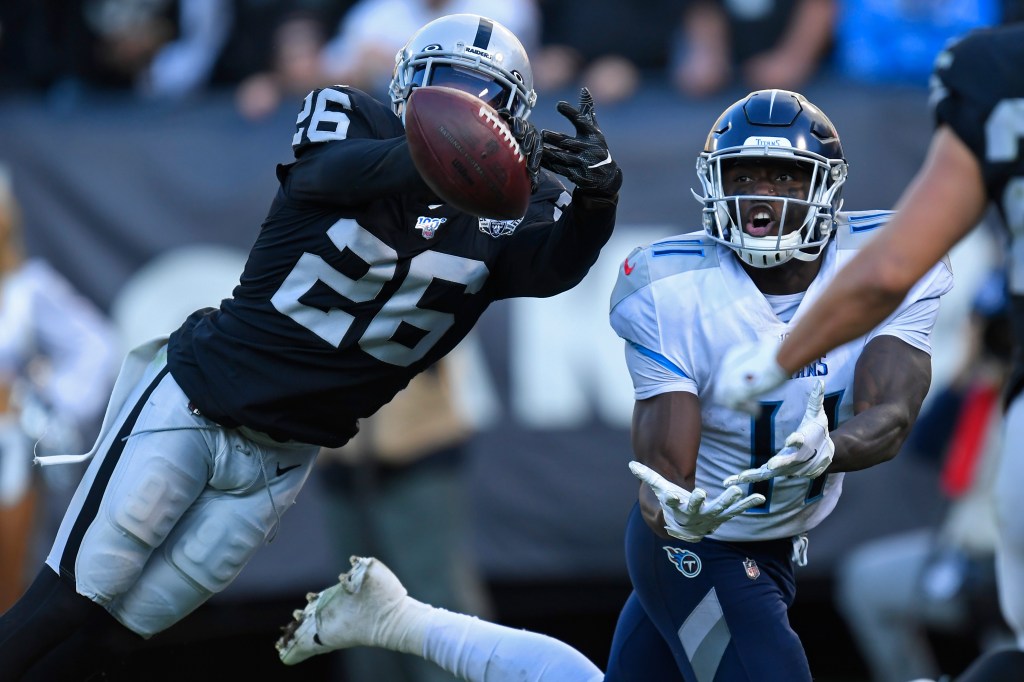 The Raiders brought back Nevin Lawson to the 53-man roster Tuesday and the good news is that neither tackle Trent Brown nor linebacker Nick Kwiatkoski went on injured reserve to make it happen.

Brown was in for just three plays at right tackle in a 34-30 season opening win against the Carolina Panthers and Kwiatkoski, the starting middle linebacker, was out after 22 plays with a pectoral injury.

If either player was hurt to the point where they would have to miss three or more games, the likely move would have been to place them on injured reserve to rehab.

Both players were awaiting MRI results according to a team source, but the initial outlook is positive. Brown, according to NFL Network, could potentially be in the lineup Monday night against the New Orleans Saints in the Raiders’ first game at Allegiant Field.

NFL teams can bring back an unlimited amount of players from I.R. this season with an absence of just three games.

To create room for Lawson, the Raiders waived Dallin Leavitt, a safety and special teams player who was inactive for Week 1.

Lawson sat out Week 1 serving a suspension levied after he swung a helmet a Denver player during last year’s regular-season finale. The skirmish occurred after a late Raiders on-sides kick in a 16-15 loss.

Lawson, 29, played in 11 games with five starts for the Raiders last season after serving a four-game suspension for testing positive for performance enhancing drugs.

It brings a veteran presence to the a young unit in which slot corner Lamarcus Joyner, 29 has the most experience. Joyner played 60 of 69 defensive snaps in Week 1.

Lawson signed has played in 74 career games with 59 career starts, signing with the Raiders in 2019 after 63 games and 54 starts with the Detroit Lions. Although Lawson does not have a career interception, Raiders coaches like his aggressiveness in coverage.

Second-year player Trayvon Mullen and rookie Damon Arnette started against Carolina, with Mullen getting 63 snaps and Arnette 48. Arnette was victimized on a double move for a 75-yard touchdown from Teddy Bridgewater to Robbie Anderson and sat for a few series in favor or second-year corner Isiah Johnson, who played 16 snaps.

Also getting work was second-year player Keisean Nixon (six snaps), while fourth-round draft pick Amik Robertson was active but did not get any playing time.