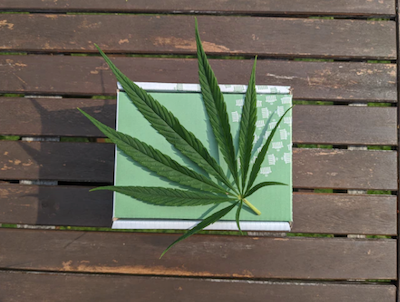 Cannabinoids are linked to chemicals that the body produces involved in appetite, brain function, motion, and pain. Research suggests that cannabinoids may reduce anxiety, decrease inflammation, relieve pain, and prevent nausea and vomiting due to chemotherapy. It has also been associated with assisting in destroying cancer cells and the slow growth of tumors. In this article, we are going to discuss what Cannabinoids are and how they affect us when they are in use.

Cannabinoids are natural chemical compounds found in cannabis, which are mostly specific to the plant. They are the cause you can experience a psychoactive boost or therapeutic pain relief after consuming cannabis. Cannabinoid refers to each chemical substance, irrespective of its structure or origin, that joins the body and brain cannabinoid receptors and has similar effects to those produced by the Cannabis plant. Recreational, therapeutic, and synthetic are the three forms of cannabinoids that people use.

How Do Cannabinoids Affect Your Use of Cannabis?

Within the human body, the endocannabinoid system is a naturally forming mechanism that controls a wide range of physiological processes such as mood, memory, and appetite. When cannabis is ingested, cannabinoids bind to cannabinoid receptors immediately, which are most commonly found in the brain and immune system. The effects on the human body differ according to the specific receptors they are binding to. For example, CBN, or cannabinol, specifically fastens on CB-2 receptors.

They will have a different effect on the body based on the ratio of cannabinoids consumed. It can be produced in a distillate form and into a dense, transparent liquid that involves a multi-step process that goes through the level of refinement. Most are sold in cartridges or syringes. It can also be vaporized with a regular cannabis pen or dab device.

THC is responsible for the most reported psychoactive effects of cannabis. THC functions as a partial agonist on receptors CB1 and CB2. The compound is a mild analgesic or painkiller, and it has been shown to have antioxidant activity by cell study. It is one of the most prevalent cannabinoids found in current products and strains of cannabis. THC binds in the brain with CB-1 receptors and can bring about intense psychoactive effects, as well as elation, stress relief, and happiness. THC can help with pain relief, digestion, and mood in medical uses. It has been used to treat symptoms of various conditions, including epilepsy, sleep disorders, and even AIDs.

Most were associated with delta-9 THC, but there is another type of psychoactive cannabinoid known as delta-8 THC that has its own medicinal benefit. Delta-8 THC is a powerful cannabinoid native to the cannabis flower and is an isomer of CBD, a cannabinoid present in hemp with Delta-9-THC lower than 0.3 percent. To put it another way, Delta 8 THC is kind of a middle ground between hemp, CBD, and THC-Delta-9.

THCA is the key constituent in raw cannabis, and when burned, vaporized, or heated at a certain temperature, it transforms into A9-THC. Acidic cannabinoids have the greatest inhibition of COX-1 and COX-2, which contributes to the anti-inflammatory effects of cannabis. Even this cannabinoid functions as an antispasmodic and antiproliferative. THCA increases the appetite like THC and serves as a cannabinoid receptor agonist, and is also an effective anti-inflammatory in aiding in its neuroprotective impact.

Cannabidiol is a cannabinoid found in cannabis, which is not harmful. After tetrahydrocannabinol or THC, it is the second-most abundant cannabinoid in the plant. It has many potential therapeutic benefits, which include anti-inflammatory, analgesic, and seizure-suppressant. There have been some indications that CBD can improve sleep problems and anxiety. When it comes to anxiety, many people receive a definitive reaction in using CBD. It also tends to have fewer side effects compared with other anxiety drugs.

CBDA is the raw or unheated form of CBD or the acid form of CBD and is attributed to THCa and THC relationships. It transforms into CBD when CBDa heats up and is the major constituent of high levels of CBD in cannabis. CBDA inhibits the COX-2 enzyme selectively, which leads to the anti-inflammatory properties of cannabis.

Cannabinol is a mildly psychoactive cannabinoid present in cannabis only in small amounts and is found mainly in aged cannabis. It is derived from the same Tetrahydrocannabinolic acid and is formed when oxygen is added to THC. Initial reports are that it is beneficial as a sleep aid and an arthritis treatment. CBN can potentially be used as a sleep aid or as a sedative. It has also been shown that this cannabinoid helps control the immune system and acts to alleviate the pain and inflammation induced by various illnesses, including Crohn’s disease.

Antibacterial effects of CBG, a nonpsychoactive cannabinoid, can alter the overall health impacts of cannabis. CBG is suggested to kill or slow the growth of the bacteria, reduce inflammation, inhibit tumor and cancer cell growth, and facilitate bone growth. At the CB1 receptor, it acts as a low-affinity antagonist. CBG pharmacological activity is currently unknown on the CB2 receptor. CBG works to combat inflammation, pain, nausea and works to slow cancer cell proliferation. Studies have also demonstrated that glaucoma causes intraocular eye pressure to diminish significantly. CBG-high strains will be useful in treating conditions like inflammatory bowel diseases and cancer.

CBC is most commonly present in tropical varieties of cannabis. It is another non-psychoactive, minor cannabinoid that attracts attention for possible healing. Neurogenesis and neuroplasticity, which are essential functions of brain health and development, have been found to play a role. CBC has also been shown to have anti-inflammatory effects without endocannabinoid receptors activating. It is known for relieving pain, reducing inflammation, inhibiting tumor and cancer cell growth, and promoting bone growth. CBC’s effects tend to be mediated by interactions with the non-cannabinoid receptor.

Cannabinoids exert their effects by interacting in various parts of the central nervous system with particular receptors. It controls how cells interact, including how signals are received or processed. The cannabis effects may be instantly noticed if smoked or vaporized, or if consumed within an hour or two. Increased appetite, spontaneous laughter, and enthusiasm or calm and reflective mood can also be some of the general effects.