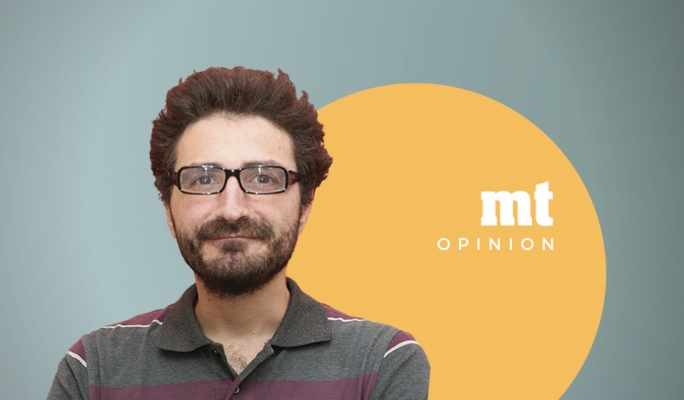 I have to admit, I was a little perplexed when the head of Malta’s social welfare agency, Alfred Grixti, recently came out urging the government to “re-think the issue of legalisation of cannabis.”

Not so much because of the position he has chosen to take in the matter (I happen to disagree with him, of course… and I’ll come to why in a moment… but that, quite frankly, is neither here nor there).

No: if I found myself scratching my head in bewilderment, it was more because his statement seemed to suggest that there was, in fact, some kind of discussion going on – involving the government – regarding the ‘legalisation of cannabis’ in this country.

But… is there? Really? I’ll be damned if I can see any evidence for it, myself.

Short of a few random contributions by individuals here and there – including, naturally, Mr Grixti himself… but also people like Dr Joe Giglio, who recently accused both Nationalist and Labour Parties of having ‘politicised’ the drugs issue over the years; Daniel Holmes, who has just published a book about his eight-year stint in prison over cannabis charges… and, yes, even myself, and maybe a few other media commentators every once in a while – the ‘legalisation of cannabis’ seems to be one issue that the government just doesn’t want to ever talk about at all: under any circumstance whatsoever.

Funnily enough, Grixti’s own comments also seem to prove this. In any serious country which was actively debating a possible change to its drug laws… you’d think that the government would actually respond to an appeal made by the head of its own Social Welfare Agency.

I mean… regardless how much I may disagree with him: Alfred Grixti is still the one who is ultimately responsible for implementing the government’s social agenda. And the ‘legalisation of cannabis’ (note: if I keep using inverted commas, it’s because the discussion itself still remains at a purely hypothetical stage) is indeed an issue that is likely to have a significant social impact, one way or another.

Some of us (myself included) might add: ‘probably, for the better’… if only because Malta’s current drugs legislation is clearly causing far more social problems than it is actually solving … but again, that is kind of beside the point, really.

The problem is that Grixti’s comments – and Giglio’s, and everybody else’s, if it comes to it – always seem to rebound against a colossal wall of governmental indifference. Never mind that the people doing all the ‘discussing’, are precisely the sort of people you’d expect to participate in a national discussion on drug law reform: the head of social welfare; a criminal lawyer with a wealth of experience in drug-related cases; as well as, needless to add, all the other agencies and institutions involved in rehab: Caritas, the OASI foundation, Sedqa, etc…

Those have all chipped in their views (as has, to its credit, the Forum Zaghzagh Socjalisti… not to mention any number of student organisations, NGOs, etc.) But the one voice we just never hear at all, in this debate, is that of government itself: in other words, the only institution that actually does have the power to effect any form of change to Malta’s drug-law regime in the first place.

And this doubly strange, because… well, for one thing, it raises the question of why even have such things as a ‘National Social Welfare Agency’ at all. Why even bother, if the government simply ignores its chief executive, every time he opens his mouth? (In this case, it didn’t even bother to acknowledge his concerns… let alone reply to them).

Even more bizarrely, however: the same government that pretends not to even notice, when other people talk about ‘legalising (or not, as the case may be) cannabis’, is itself bound by its own electoral manifesto to ‘to start a discussion […] about the use of cannabis for recreational purposes.’

That, of course, was before the 2017 election; and while not even Cheech and Chong would be stoned enough to believe that this promise – on its own – was enough to account for the entire result of that election… it wouldn’t surprise me in the slightest if it did, at least, account for the Labour Party’s disproportionate share of the ‘youth vote’.

As things stand, however, the discussion itself has clearly started – in fact, it’s been ongoing for quite some time now – but without any input from the very people who suggested starting it three whole years ago.

Funny, huh? But in any case: as Dorothy Parker once said, ‘you can take a horticulture, but you can’t make her think’. So if government stolidly refuses to even be drawn into this discussion, despite being committed to do so by its own electoral manifesto… there is, I am afraid, precious little any of us can actually do about it.

So for what it’s worth, I shall take it upon myself to respond to the (entirely legitimate, by the way) concerns expressed by the Social Welfare CEO. And I’ll break with tradition by starting off with where I actually agree with him.

Alfred Grixti was perfectly right to assert that there are medical studies which suggest that marijuana may have adverse health effects on certain categories of people: most notably teenagers, in whose case there is a chance of developing long-term mental disorders (including, in extreme cases, schizophrenia).

And he was particularly correct to stress that, “just as with the fight against the COVID-19 pandemic, we have to let the science inform our decision making.”

The trouble, as I see it, is that… well, for starters, there are also quite a few scientific studies pointing towards the health benefits pertaining to the same plant: including clinical studies which report therapeutic effects on patients suffering anything from anxiety, to depression, to diabetes, and even cancer.

And while, this, admittedly, might not add up to a complete argument in favour of ‘legalisation’: if we’re going to base our national drug policies on ‘what science says’… then surely we have to listen to everything science has to say on the subject (and not just those bits and pieces which happen to tie in with our own, personal views).

Besides: by the same token, the scientific studies alluded to by Alfred Grixti do not exactly amount to an argument in favour of keeping cannabis illegal, either (and, even less, to keep it a ‘prisonable offence’).

Let’s start with the obvious. I don’t know if Alfred Grixti is a drinker, or a smoker (of tobacco), or both… and, quite frankly, it is none of my business. But I have had similar conversations with people who made exactly the same points as he did: only brandishing an alcoholic drink in one hand, and a cigarette in the other.

My answer is the same as it was to them: there are far, FAR more scientific studies to prove that cigarettes and alcohol are vastly more harmful than cannabis to one’s physical, and even mental health… and not just when it comes to teenagers, either.

Alcohol alone is associated with infinitely more, in the way of psychotic disorders, than cannabis: or even other, more potent narcotics. And the long-term physical effects of alcohol dependency can – and, sadly, often do – result in heart disease, liver failure… in a word, DEATH.

Yet this is never used as an argument to ‘ban’ the sale or consumption of alcohol… still less, to imprison anyone for drinking it. And the same, of course, goes for cigarettes: which arguably kill more people each year than all illicit substances put together.

There’s a good reason for this, you know. ‘Being harmful to one’s health’ is not, in itself, a valid legal justification for imprisoning people who take that risk. Partly because… well, it’s their own health they’re damaging: so – unlike the case with virtually any other criminal offence – their actions have no direct consequence on anyone else. (Note: obviously, this doesn’t apply to one’s actions while under the influence. Again, alcohol is the most obvious example: ‘drinking’ may not be illegal; but ‘drink-driving’ certainly is…)

Another reason, however, is that there is an abundance of evidence to prove that… well, incarceration has a much higher chance of permanently impairing a person’s physical and mental well-being, than any amount of marijuana-smoking (yes, even of Cheech and Chong proportions).

I haven’t read Daniel Holmes’ book yet, for instance: but I imagine it will include a reference or two to the long-term health effects of having spent eight whole years in a Maltese prison… for the grave crime of growing a handful of cannabis plants in his own home.

Even without reading that book, or seeking confirmation from its author… I can safely say, with 100% certainty, that the experience must have caused Daniel Holmes infinitely more harm – both physical and mental – than all the marijuana he had ever cultivated in the past, or would ever have cultivated in future.

And the same, of course, goes for all the other people who have likewise fallen victim to Malta’s draconian drug laws in the past (and continue to do so to this day: which is, in itself, why this discussion is so important to begin with).

So, coming back to Alfred Grixti’s earlier observation that, “just as with the fight against the COVID-19 pandemic, we have to let the science inform our decision making.” Yes, he’s perfectly right.

But he left out one crucial detail: also like COVID-19, we have to at least ensure that the ‘cure’ does not end up causing more harm than the disease itself.