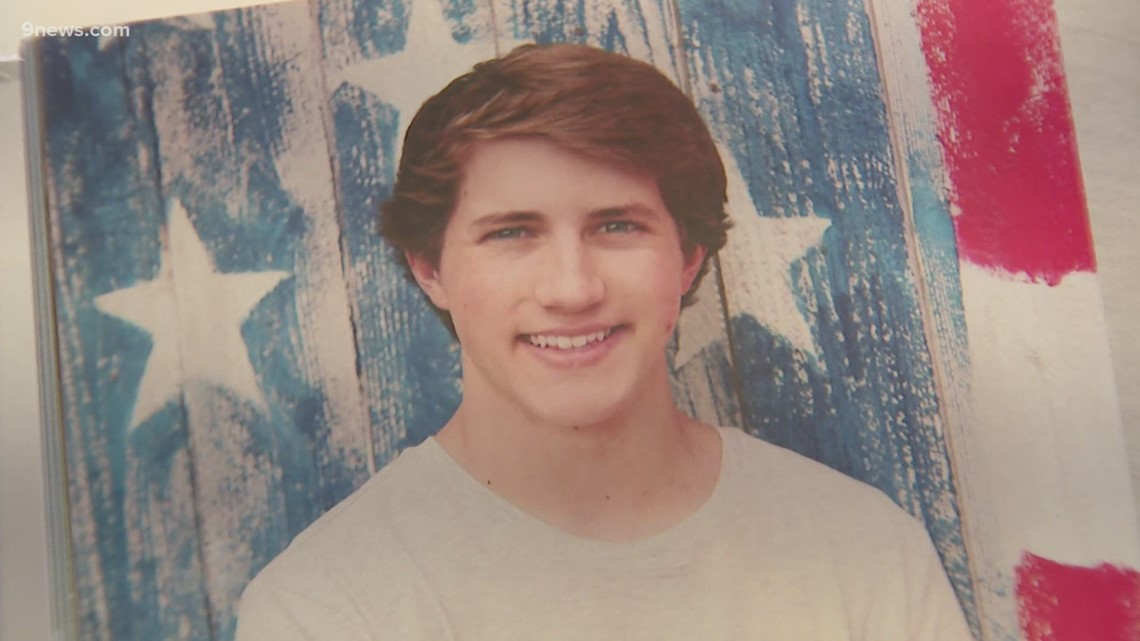 “There are so many messages that kids hear, its safe, its legal, it must not be harmful. Their perception of it is so wrong,” the mother of Johnny Stack said.

DENVER — With COVID-19 cases on the rise again, more schools are going back to remote learning. Health care professionals are concerned about the impact isolation and depression may have on teens at risk for substance abuse.

Marijuana is the most common substance being used among teens according to a recent report by the Colorado Department of Public Health and Environment (CDPHE).

John and Laura Stack know that all too well. They said their son Johnny started using marijuana at the age of 15 after experimenting at a party.

Johnny Stack’s parents said he was “dabbing.” It’s a form of inhaling marijuana concentrates from hash oil with extremely high doses of THC.

“The changes in him were fairly apparent but the time he was 16. That’s when the concentrates were coming out,” Laura Stack said.

Johnny Stack took his own life last November at age 19 after developing what medical professionals call a “Cannabis Use Disorder,” or a marijuana dependency. He experienced bouts of psychosis after heavy marijuana use. His parents believe the high levels of THC in the products are to blame.

“Little did we understand how concentrated some of the products are and how potent the weed is today, not like when we were kids,” Laura Stack said. “It’s so insidious. There are so many messages that kids hear, it’s safe, it’s legal, it must not be harmful. Their perception of it is so wrong.”

Dr. Rav Ivker, who authored the book, “Cannabis for Chronic Pain,” agrees. He is a supporter of medical marijuana and CBD products but Ivker said teens who dab are playing with fire.

“There is no good medical reason to use anything that strong,” Ivker said. “With high doses of THC, it can potentially cause psychosis and schizophrenia. Our brain is not fully developed until we are in our mid-20s, it can be a problem.”

Since legalization in 2012, suicide toxicology reports on teens aged 15 -19 showed pot was the most commonly used substance.

Marijuana was found more often in older teens than alcohol, antidepressants or opioids, according to CDPHE.

Dr. Christian Thurstone is an addiction psychiatrist at Denver Health who treats 500 teens a year. He said 95% of his patients have Cannabis Use Disorder. He believes older teens are more susceptible to marijuana addiction and long-term effects.

“Substance use with the developing brain can be very dangerous and very concerning,” Thurstone said. “Marijuana binds to the very receptor of the brain that’s helping to control brain development.”

Thurstone believes the state has room to improve when it comes to keeping pot out of the hands of kids.

“I think that we are clearly failing to do that,” Thurstone said. “Past month marijuana use in Denver is about 25%. In the state as a whole, it’s about 20%. So teens are having easy access to this.”

Colorado continues to set marijuana sales records year over year. Since the pandemic, there has been more than a billion dollars’ worth of sales according to the Colorado Department of Revenue.

The Governor’s Office responded to this story with the following statement:

“Cannabis is illegal for people under 21 (unless you are a medical marijuana patient) and we rely on many of the same enforcement measures used by the liquor industry, plus additional safeguards. We are committed to keeping marijuana out of the hands of kids in Colorado.”

There is currently no law in Colorado limiting marijuana THC potency.

This summer, a state report found that almost all retail marijuana products contain high levels of THC which researchers found has an effect on the mental health of young people. The report also suggested more scientific research is needed before drawing a full conclusion.

The state said it’s doing spot checks with marijuana retailers and funding educational campaigns to try to keep pot away from kids.

The Stacks are trying to raise awareness one family at a time through Johnny’s Ambassadors, a group they’ve set up to educate parents on the dangers of underage marijuana use. Something they said their son would have wanted.

“I know we have saved lives and Johnny really loved helping people. Altruism was very important to him and we can do this, help him help others,” Laura Stack said