There are many very large players in the cannabis world in Canada earning large revenues and garnering big headlines. And, there are many smallish players that can easily be overlooked if not hard to find in the first place. VIVO Cannabis (OTCQB:VVCIF) would be one of the latter. VIVO Cannabis has an annual revenue run rate of ~$20M with a market capitalization of ~$32M. They are just on the verge of profitability in an industry that is increasingly growing. While they have had their share of cost issues, VIVO Cannabis has addressed its SG&A costs as well as restructured a large sum of its debt at very favorable rates. With forward guidance that has EBITDA profitability within the next 9 months, the real eye-opener for the company is the book value that places the stock about 4x its current value. Given these parameters, I am heavily bullish on this stock and outline the case here.

The environment in Canada is quite favorable except for one thing: It is not favorable at all. 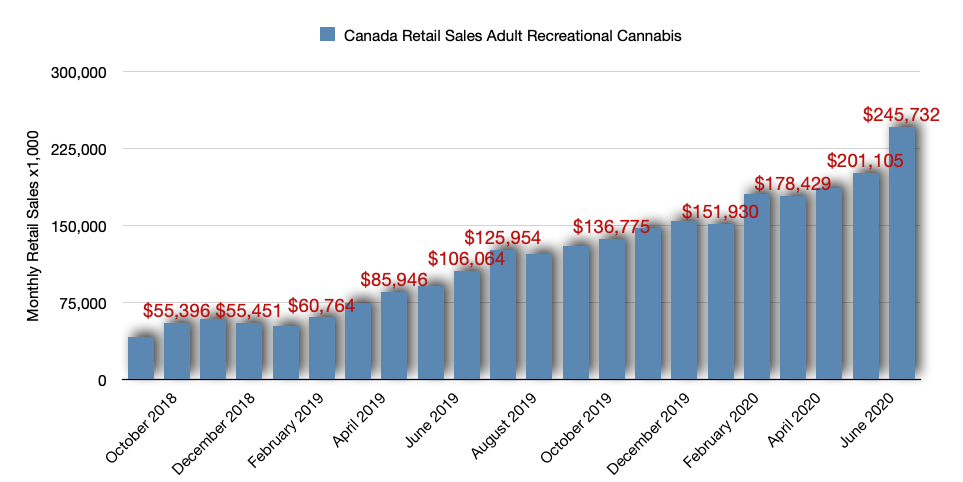 Cannabis companies have built up a tremendous amount of capability to produce cannabis since legalization in October 2018. But, dispensaries are mostly government-run and controlled. There are not many incentives within bureaucracies to move at any pace whatsoever except that of a bureaucracy.

In the initial months of cannabis’…