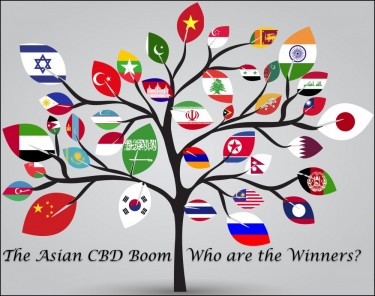 Over the last few years, countries in Asia have slowly opened up to the legality of cannabis and CBD. It is refreshing to see attitudes changing in a region notorious for harsh drug laws pave the way for cannabis use.

Though it may be a while until we can actually see cannabis being available in dispensaries around Asian cities the way they are in the United States, it’s still a big step forward for countries to allow various uses of the drug for their people. Cannabidiol (CBD) and hemp in particular could be very lucrative in Asia. After all, hemp can grow pretty well in tropical climates.

Here’s how CBD can become a rising star in different Asian countries:

According to investment bank Jeffries, South Korea’s beauty market makes up around 15% of the global market, and is expected to be worth $25 billion in the next decade. They forecast that much of this growth will be fueled by the health and wellness craze especially with CBD becoming everyone’s darling in the cosmetics industry, even in South Korea.

The nation is known for producing some of the best quality clean and organic cosmetics, so it’s no surprise that they have taken a liking immediately to using CBD as an ingredient in it. The affluent South Korean market will be a prime target market for CBD-infused cosmetics manufacturers.

Earlier this year, Kolmar Pharma, a CMO (contract manufacturing organization) announced that they will begin supplying CBD to Korean cosmetics companies. They will be doing so in conjunction with The Greenery, which is the only business that imports cannabis oil. It will be the first CBD venture to be launched in South Korea after the government allowed medicinal cannabis use. Kolmar signed onto an exclusive contract, and The Greenery will be importing CBD from Colorado.

“CBD cosmetic products will be manufactured from this year after receiving approval from the ministry of food and drug safety. It will be very effective for treating psoriasis by shortening the healing period,” explains The Greenery CEO, Lee Jae-yeol. “In other countries, CBD is distributed as food products, because it is more effective when consumed rather than applied to the skin.”

China has been growing industrial hemp for thousands of years, though it was banned during the years 1985 to 2010. Today, they are the biggest hemp producer in the entire world, responsible for producing half of the globe’s supply.

Reports state that hemp fiber sales in China resulted in $1.2 billion in 2018 alone, while other sources state that China makes up 11% of the global CBD market’s $800 million, running third after Europe and the United States. The irony is that their rules are stricter than the United States; in fact, they have only started to allow hemp as an ingredient in cosmetics.

Hemp is currently grown in 2 regions in China: Yunnan Province and Heilongjiang Province. According to New Frontier data, these 2 provinces supply a third of the world’s total hemp sales, followed by textiles, cosmetics, food, supplements and CBD. It is the hemp textile industry that has proven to be Chinas’ cash cow, though.

The Hanma Investment Group has a hemp farm located in Yunnan Province, and they continue to push for the expansion of hemp products in China. They are working on doubling the growth of hemp being cultivated, and they don’t just grow it but they process it as well. Other large Chinese companies including Huaren Pharmaceutical and the Conba Group are working in applying for licenses to produce hemp in Yunnan, while Shineco, another Chinese firm, plans to build a CBD industrial park in Heilongjiang.

There is lots of action going on in China’s hemp industry, and there is no doubt they are already the global superpower of hemp.

Several Japanese cities have seen the rise of trendy CBD-infused goods in coffee shops as well as boutiques. Many Japanese seem to be curious about the effects of CBD as they consume it in delicious smoothies and java, as long as they are free of THC to comply with the strict prohibitions of Japan. Not even trace amounts of THC are allowed in CBD products, but it seems to be received extremely well in a culture that is seen to be very conservative.

“The majority of CBD products currently available in Japan are made with CBD isolates, with a small number of broad-spectrum products. Absolutely no THC is allowed,” says Naoko Miki, Program Director for Green Zone Japan. “This is not ideal, but it is better than nothing.”

Green Zone Japan has been a long-time advocate for research of medical cannabis, and have now launched a Japanese version of California group Project CBD’s educational website. According to Green Zone Japan, they hope that CBD will have a positive impact that will influence policy changes from the Japanese government in order to acknowledge the therapeutic benefits of cannabis. “In fact,” Miki says, “we have witnessed one hemp-derived CBD product eliminate a six-month-old boy’s incessant epileptic seizures entirely.”

A Japan Times article features Kota Shimomura, who owns CBD Coffee located in the Meguro Ward area of Tokyo. He noticed something unusual about his customers: “When talking to customers, they do things like cry,” he says. “There’s really a need for a place like this,” Kota says. “People don’t have others around them they can talk to, and in Japan there are lots of one-room apartments. I truly understand the need people who don’t have support have for this kind of store, where they can do things like relax and detox.”

There is now a rise of CBD-infused items found in certain areas of Japan, whether it’s pet-friendly products, coffee, cosmetics, or muscle balms. There is no doubt that CBD has become a panacea for the Japanese people, and demand for it is only expected to rise dramatically. 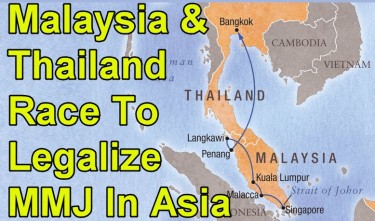 THAILAND AND MALAYSIA LOOK TO LEAD THE ASIAN LEGALIZATION BOOM!