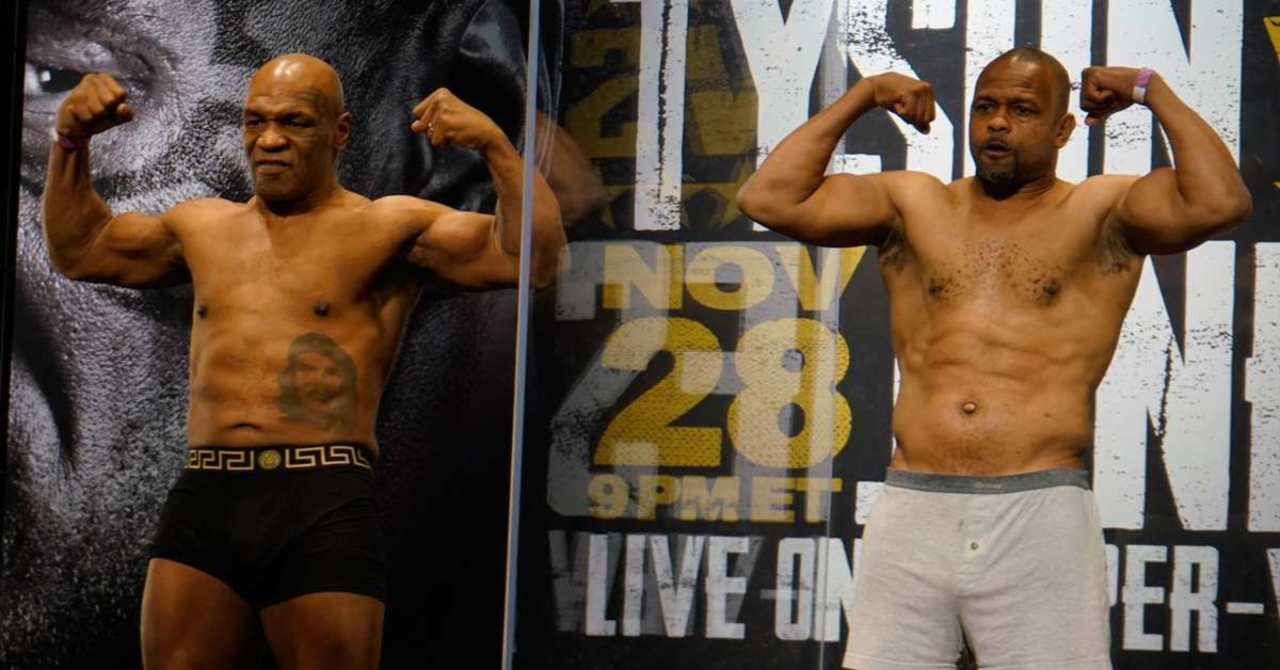 Mike Tyson confessed to smoking marijuana before his fight against Roy Jones Jr. this past Saturday night. Tyson returned to the ring after 15 years of retirement for a special eight-round exhibition match against Roy Jones Jr., who had also returned to the ring following three years of retirement. During the post-fight press conference (h/t USA Today), Tyson said “Absolutely, yes” to the fact that he had smoked marijuana before the bout itself. Apparently, Tyson then admitted that he had smoked once more before the post-fight press conference as well.

“Listen, I can’t stop smoking,” Tyson stated. “I smoked during fights. I just have to smoke, I’m sorry. I’m a smoker. … I smoke everyday. I never stopped smoking.” The Voluntary Anti-Doping Association tested the two before the fight itself, but marijuana was reportedly not on the banned list of substances.

As for why he chose to do so, Tyson explained, “It’s just who I am. It has no effect on me from a negative standpoint. It’s just what I do and how I am and how I’m going to die. There’s no explanation. There’s no beginning, there’s no end.” When asked whether or not it helped with the pain of the fight itself, Tyson responded, “No, it just numbs me. It doesn’t numb the pain.”

Tyson spoke with USA Today in a previous interview about how psychedelic drugs such as toad venom (professionally known as the very potent 5-MeO-DMT) also helped inspire him to get back into the ring, “I took the medicine and the medicine told me to get into shape,’’ Tyson told the paper. “It really blew my mind. It told me to come back and start getting in shape.’’

Mike Tyson and Roy Jones Jr.’s exhibition match ended in a draw to the surprise of many fans tuning into FITE TV and Triller’s broadcast (which was notably sponsored by the cannabis focused tech company Weedmaps) of the event. They were the main event of a larger card that included the surprise addition of YouTuber Jake Paul against former NBA star Nate Robinson. That fight did not end in a draw, however, as Paul bested Robinson via Knock-Out in the second round of the fight.

What did you think of Mike Tyson’s return to the ring after 15 years? Would you be willing to see him fight again someday? Would you want to see a rematch between the two? Let us know all of your thoughts in the comments!