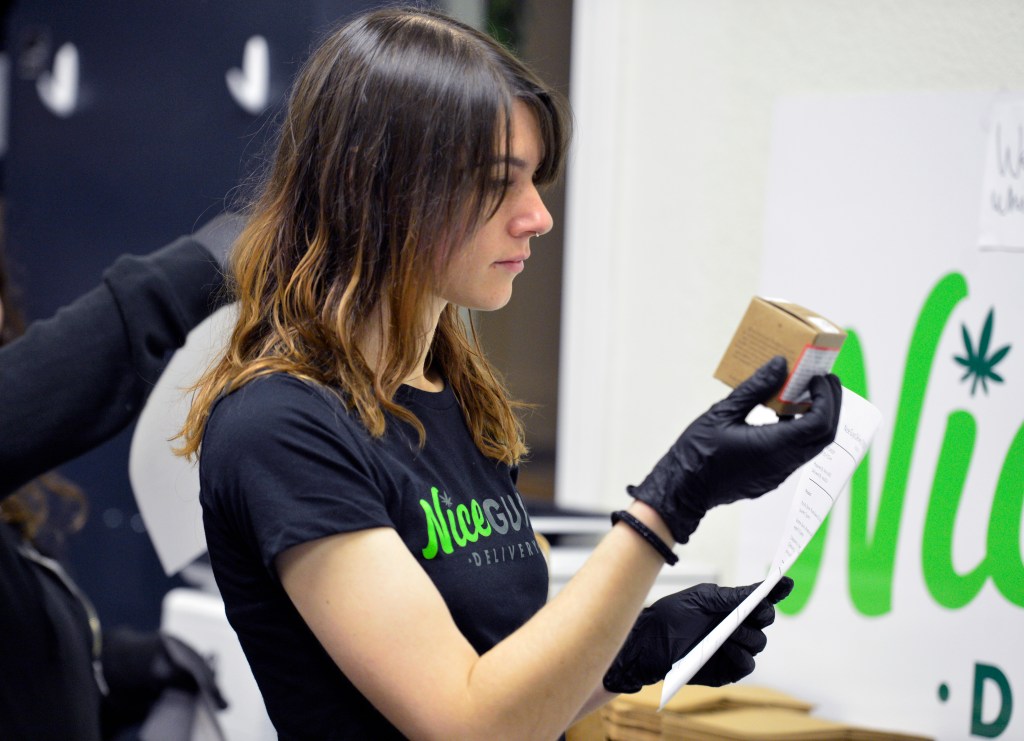 San Rafael city leaders are planning to allow the expansion of the burgeoning marijuana delivery market.

There are already five pot delivery companies permitted by the city to operate within San Rafael’s limits and the City Council last month voted to allow three more.

The city also has already permitted cannabis manufacturing and testing firms, but it has kept the doors locked on storefront retail operations, even for medicinal cannabis.

Many other Marin cities have simply continued their bans on local cannabis-related businesses, even though their residents twice supported statewide reforms that have made the adults-only sale and possession of cannabis legal.

Like many California cities, San Rafael has slowly tested the waters — a potential market that has promised to become a large generator of local tax revenue.

If city officials needed another sign of local voters’ support for allowing local cannabis businesses, it got it in 2018, when a city-sponsored proposal to allow the city to establish an up-to-8% local tax on cannabis sales got an 83% majority vote.

San Rafael’s go-slow approach has been a good one, giving the city the chance to evaluate the ramifications of allowing those businesses. It has also streamlined its regulations, allowing manufacturers to also take part in sale and transport between marijuana businesses by reducing categorical designations.

While the coronavirus has taken a toll on many local businesses, the cannabis delivery business has seen a boom, with sales up 175% year over year, hitting $3.5 million.

The city’s tax revenues from cannabis businesses is also up, with delivery businesses accounting for 96% of that sum. City staff expects adding more local delivery licenses could increase that revenue, even though some local businesses say they are losing sales to out-of-town delivery firms.

City staff says it is trying to require that competition register with the city and pay a fee and taxes for local sales.

At the same time, common worries that local pot business crime would fuel burglaries and robberies and increased drug abuse have not materialized.

While some cities are choosing to ignore the operation of out-of-town delivery businesses operating in their jurisdictions, San Rafael is trying to gain greater control over them.

San Rafael’s approach has been cautious, careful and methodical.

Opening the door to three more delivery licenses is another small step in that process. So is being open and public about the industry’s progress and challenges.