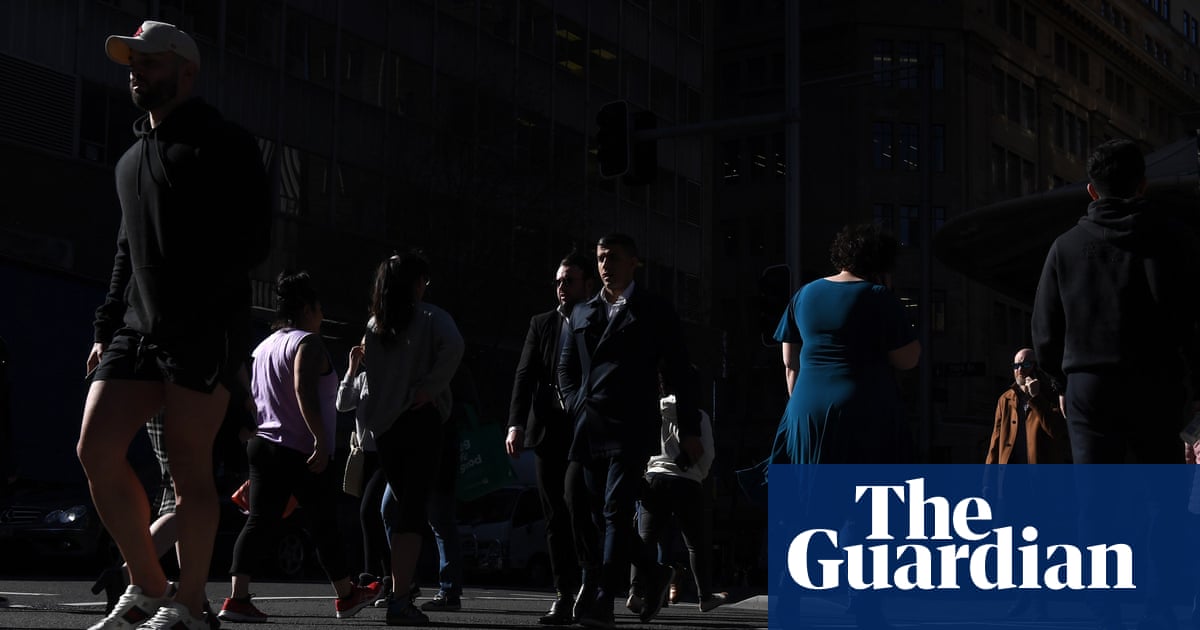 New South Wales health authorities are worried undetected Covid cases among office workers in Sydney’s CBD could spread the virus at Christmas gatherings, as the number of infections linked to the northern beaches cluster grew to 104.

The premier, Gladys Berejiklian, pleaded on Thursday with residents to “limit your mobility” over Christmas as she reported nine new community cases from a record 60,184 tests and warned NSW was “far from out of the woods”.

A temporary divide between the northern and southern sections of the northern beaches came into effect on Thursday with restrictions relaxed to varying degrees, allowing outsiders to enter parts of the locked-down hotspot over a three-day window from Christmas Eve to Boxing Day – Thursday to Saturday.

Two of the latest coronavirus cases have not yet been linked to the northern beaches cluster. Contact tracers have issued upgraded warnings for anyone who has been in the north-eastern part of the Sydney CBD recently to get tested and self isolate if they notice any symptoms.

One of the unlinked cases is an office worker employed in the vicinity of Hunter and Bligh streets, while the other visited the nearby Paragon Hotel Sports Bar on Loftus Street near Circular Quay between 12.45pm and 3.30pm on Wednesday 16 December.

Another person who was at the same sports bar has also tested positive, however, their test was returned after 8pm on Wednesday so it will officially be reported on Friday. The total number of cases who visited the sports bar on 16 December stands at three.

“There are potential chains of transmission that we are not on top of and that is a concern,” Berejiklian said of the CBD cases and the risk that workers could return to suburbs outside of the northern beaches and spread the virus. “We are far from out of the woods.”

The state’s chief health officer, Dr Kerry Chant, said that with venue alerts in place over multiple days for the north-eastern part of the city, anyone who had been in the area “should have a very low threshold for testing”. In addition to the Paragon Hotel, alerts have been issued for Australia Square, Chifley Square and the MLC Centre, including the food court.

Berejiklian said despite some relaxed restrictions in Sydney – including the 10-visitor limit on home gatherings temporarily excluding children under 12 – people still needed to limit their movement.

“Apart from those close family gatherings which we have allowed over the Christmas break, we don’t want people moving around unless you absolutely have to,” the premier said.

Chant on Thursday revealed that all passengers on a Qantas flight that left Darwin for Sydney on Friday 18 December were asked to get tested and self-isolate late on Wednesday evening. Health authorities continue to investigate how a crew member flying as a passenger on the service contracted Covid-19.

The crew member had worked on a repatriation flight from Paris last week and was not tested upon arriving in Darwin or transiting to Sydney but he subsequently tested positive on Sunday while in self-isolation at home.

Chant said the directive for all passengers to self-isolate was a “precautionary action” after a passenger on the flight travelled on to South Australia, where they have since tested positive. She said there was “very scant” information about the case and it could be a false positive as the passenger had tested negative when in NSW.

The SA chief health officer, Prof Nicola Spurrier, later said the man in his 20s likely returned a positive test due to an “old infection” still in his system. He was not seated near the Qantas crew member.

The man travelled from NSW via Wodonga in regional Victoria and crossed into SA at the Yorke Peninsula on Monday.

On Thursday afternoon, the Northern Territory removed greater Sydney, the Blue Mountains and the Central Coast as hotspots, allowing NSW residents from those areas to travel to the territory without quarantining.

“Those people that have arrived in the Northern Territory from the areas that have now been revoked as hotspots no longer need to self-quarantine or have a Covid-19 test unless you are feeling unwell and have … symptoms,” the territory government said in a statement.

Chant and the NSW premier acknowledged shortcomings in infection control after the Daily Telegraph reported that a worker who transports sick returned travellers into quarantine also transported an aged care resident ­before testing positive for Covid-19.

Chant said there was a rule preventing a worker from transporting both returned travellers and aged care residents, and “for some reason there was a reversion” – but the policy had now been reinstated.

Berejiklian added: “When you have thousands and thousands of people working to keep all of us safe, sometimes mistakes will occur, sometimes unintentional decisions will be made lower down operationally which shouldn’t be made for a temporary period.”

New venue alerts, including a directive to get tested and self-isolate for anyone who visited the Bondi Icebergs pool deck area on Sunday and Monday mornings, have been added to the list of NSW hotspots.

There are six mystery cases in NSW that authorities have not yet linked to the northern beaches cluster as contact tracers have been unable to confirm the transmission sources.